Vaccination – it’s not for me, it’s for you

by Carrie | Care and Safety

What’s so important about immunisation or flu vaccines?

In the past, I haven’t really considered getting a flu vaccination – after all, I am healthy and have no underlying health conditions. If I get any sort of cold or illness I tend to shake it off quickly, so why should I even worry about getting immunised?

Of course, if I want to go out this year and continue working in the industry, supporting aged care providers, I really needed to get a flu shot. It didn’t really faze me either way, so I went up to my local pharmacy, handed over less than $20 and they were able to administer the injection there and then. After a short wait of 15 minutes to make sure I didn’t have any adverse reaction (a very small number of people are allergic to the ingredients of the vaccine), I returned home.

I didn’t appear to have any reaction from getting the immunisation, apart from maybe a headache a day or so later – but then again, I often get a headache after working at the computer for hours on end so I really can’t blame that on the vaccination.

After getting immunised, I did a bit more research as there has been a lot of noise about some care staff working in aged care facilities not wanting to get the flu shot. So what does the research actually say about vaccination?

What is the reasoning behind vaccination?

Firstly, we need to look at the reasoning behind widespread vaccination. It’s all about herd immunity. Vaccination offers a small benefit to the individual person, but it’s more for the good of the wider community.

Consider the disease Rubella. Growing up in the 60’s and 70’s I remember the fear of expectant mothers when someone discussed how Rubella, or German Measles as it was commonly known back then, could affect the developing fetus. There was no vaccination against the disease.

My children were immunised with the MMR – Measles, Mumps, & Rubella vaccine when they were little. Why do we immunise young children against Rubella? It’s not because of how badly the disease can affect them (although if it was anything like the usual measles that would be bad enough – I myself experienced that as a child, as well as mumps and chickenpox), but because they are more likely to come in contact with a pregnant woman. As more people have an immunity to these three diseases, and other diseases such as whooping cough and polio, the chances of coming into contact with an active case becomes less and less likely, providing a safer environment for anyone who isn’t or can’t be immunised.

So, I’m not doing this just for me.

But what other benefits did I discover in my research on the flu vaccination?

Reduces the chance of becoming ill

The vaccine can reduce the chances of me becoming ill enough to need to visit the doctor or be hospitalised by the flu virus by 40-60%. It varies each year because that sneaky flu virus keeps adapting and trying to trick our bodies into thinking it isn’t there (a virus needs our cells to replicate).

So there’s some benefit to me as well – after all, I can’t afford too much down time!

But it’s not just the elderly and those who are immunocompromised that benefit from getting the vaccine or from me getting vaccinated.

Protects pregnant women before and after pregnancy, and young children

Okay, I know that we focus on aged care here, but many younger staff members working in aged care are of child-bearing age. Women who get flu shots during pregnancy protect both themselves and their baby, including in the first few months after birth. Changes in the immune system, heart, and lungs during pregnancy make pregnant women more prone to severe illness from flu, and research has shown that vaccination can reduce the risk of flu-associated acute respiratory infection in pregnant women by about one-half. Additionally, the common flu symptom – fever – may be associated with neural tube defects and other adverse outcomes for a developing baby.

Who Cannot get the Flu Vaccine?

Of course, there will always be some people who cannot get the vaccine. People who SHOULD NOT get the flu shot are:

But what about all those other reasons that people discuss as reasons for not getting the flu vaccine – or any other vaccine for that matter?

I really wanted to read up on this area because it is such a hotly debated topic. If people choose not to be vaccinated that’s okay, it is after all a choice, but I wanted to know if any of the reasons I had heard over the years actually had any truth in them. Here’s what the science says.

The Flu Vaccine gives you the flu.
The flu vaccine cannot give you the flu as it is made of inactivated virus or virus compounds. However, it takes up to two weeks for the body to develop sufficient antibodies from the vaccine to provide protection. During that time you could still pick up the virus and become ill. You may also feel a little ‘off’ as your body’s natural defence mechanism kicks in and creates those antibodies. This is nothing like getting the flu for real though, just think of it as a practice round for your immune system.

The flu vaccine is only about 50% effective in any year, so what’s the use of getting it?
No health intervention is claimed to be 100% effective, but that’s 50% better than 0%. There are many medications that people take, or life-threatening procedures that people undergo every day that are not 100% effective and that have both short and long term side effects, they still take them. The flu may only be 50% effective, but it has been shown to have minimal side effects. That’s pretty good odds.

I’m so healthy I never get the flu.
You may be healthy enough that your immune system easily fights off the virus with nothing more than a few sniffles or sneezes or perhaps a sore throat – that’s great for you, but what about grandma, grandpa, and other people whose immune system isn’t so great? Those with asthma, COPD, diabetes? Sometimes you’ve got to take one for the team.

The flu is just a bad cold.
I keep hearing people say this about COVID-19 as well. Nope, it’s not a mild illness – both of these viruses can, and do, kill people.

In Australia, the seasonal flu in 2019 was considered ‘a big year’. There were nearly 4,000 hospitalisations, of which 6% required ICU. With 902 deaths that affected people between the ages of under 12 months through to 102. It was the second-worst year on record for Australia, and although in the US the 18/19 influenza season was considered only moderately severe, it still resulted in over 34,000 deaths. Generally, the common cold for the majority of people isn’t life threatening and rarely results in serious complications.

Vaccines have toxic chemicals and cause autism.
I’m sorry, I might have to get up on my high horse here as this one gets me really annoyed. In my family there is a history of autism that goes back well before immunisation became commonplace in Australia. Studies that claim vaccines such as the MMR vaccine cause autism have been found to have serious flaws and have been withdrawn, however the myth still appears to circulate. There are a number of other well-respected, peer-reviewed studies that confirm that the MMR vaccine or other vaccine ingredients contained in the flu vaccine do not cause autism.

So when the flu vaccine is available and your employer encourages you to get vaccinated, take one for the team and get that shot.

It’s the best way to protect you, your family, and those you care for from succumbing to the effects of the virus. Oh, and don’t forget those basic hygiene practices as well – wash your hands often, sanitise as necessary, follow good coughing and sneezing hygiene practices and limit contact with anyone showing flu-like symptoms. I’ll be doing the same.

If you’d like to read up on some interesting thoughts on flu vaccination written by a Registered Nurse, check out Angela Daly’s article: ‘Here’s why you shouldn’t get a flu shot’ – spoiler alert, the title is satirical.

If you can think of someone else who might benefit from this article, send them a link. We’d appreciate it! And if you’re looking for more helpful resources, why not check out our Total Quality Package resource hub? We have culturally appropriate, tailored resources that are designed to make your job simpler and help you provide quality care to your clients. Click here to find out more. 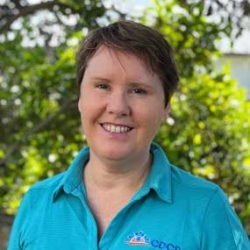 Get A Free Sample Pack Of Our Resources